Flywire and the SP Jain School of Global Management have decided to combine their forces together to launch a brand-new startup competition, a competition that will hopefully elevate the skills and abilities of entrepreneurs in Singapore while at the same time regenerating the excitement that has already existed in the Singapore startup community.

Both of these organization, one a major Financial Technology company and the other one of the most important and influential business in this part of the world, have a lot of credibility in these kinds of fields and are expected to put on a major competition elevates the startup world in Singapore for years and years to come.

The competition is expected to begin later this month (May 2018) and really showcases how seriously different Singapore organizations – private and commercial as well as public education – are taking the start of community that has exploded in growth here over just the last few years. 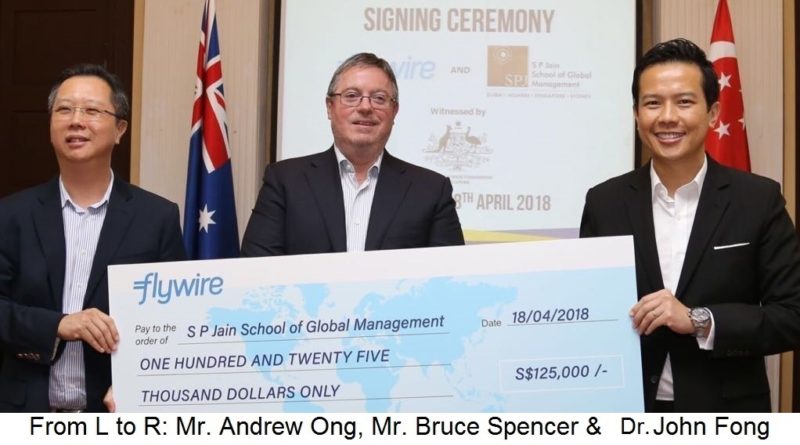 Flywire has become one of the world’s most influential global payment and receivable solution for major educational organizations, healthcare enterprises, and commercial operations. It understands, better than maybe anyone else, just how powerful the Singapore startup community can be when everyone is pulling together to create something special, and this organization hopes to foster the kind of collaborative experience that will “rise all boats”.

Flywire is going to handle the hosting, sponsoring, and evaluation of the contest, while the SP Jain goal is going to handle the judging, the logistics, and the marketing for this new contest. Any and all students – as well as graduates – in Singapore are encouraged to apply for a position in the competition, and all of them are invited to compete for three different awards that will be handed out in the Travel Technology, Education Technology, and Healthcare Technology departments.

Flywire themselves one the Monetary Authority of Singapore Financial Technology Awards in 2017 and have decided that they are going to use the money that they won from this competition to fuel this new competition that they are putting together in partnership with SP Jain.

It’s nice to see an organization the magnitude of Flywire pouring so much of their time, energy, resources, and investment into the startup community and culture that helped to make them possible – and it’s exciting to see where things might go with this kind of approach.

At the end of the day, it is initiatives like this that are going to help Singapore continue to compete directly with major leaders in the startup world based in Silicon Valley as well as other parts around the world.

For some time now, Singapore has been regarded as an up and comer in the startup community (at least as far as global reputation is concerned), but they are now starting to rival everything that Silicon Valley enjoys as far as reputation and expectations are concerned.

Initiatives like this, and partnerships that have so much invested and so much transparency, are always going to help drive the future and the success of the Singapore startup community more than maybe anything else.